Nov. 13:  VW broke ground for production of electric vehicles in Chattanooga. VW says its $800 million investment toward expansion of its U.S. factory will add 1,000 jobs.  It will produce the ID. Crozz battery-electric vehicle in Chattanooga during 2022.   Expect a 564,00 square-foot addition to the body plant shop and facilities for battery assembly.  VW says it will build both internal combustion engine and electric vehicles on the same assembly line. 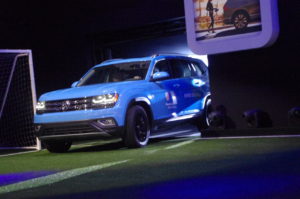 Issues with Audi’s new A6 and Q8 dragged down Audi’s ranking.