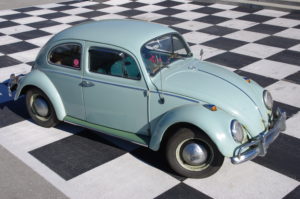 When VW launched the New Beetle in 1998, scores of people lined up to get their hands on the bubbly-looking revival of VW’s signature auto.  Its U.S. sales peaked at more than 80,000 units and gradually tapered off.  This isn’t what VW meant when it said, “Thing Small.”

Follow all of Cliff Leppke’s Cyber Seat posts in our Forums page.