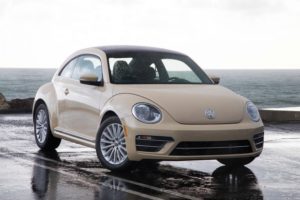 When VW launched the New Beetle in 1998, scores of people lined up to get their hands on the bubbly-looking revival of VW’s signature auto.  Its U.S. sales peaked at more than 80,000 units and gradually tapered off.  This isn’t what VW meant when it said, “Think Small.”