A former VW project has given way to electric vehicles 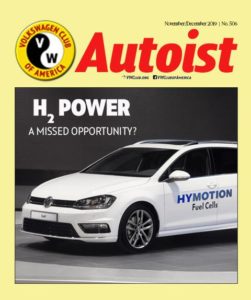 What are you, dense? Perhaps you have also suppressed the impulse to shout that (or something worse) at some driver who has mastered the intricacies of his iPhone but hasn’t figured out the operation his car’s turn signal. However, the subject here is energy density, rather than any short-circuits between earbuds.

The energy we consume in our VWs is dense, that is to say, tightly packed. Not so dense as, say, dynamite, but more dense than, say, natural gas. Both of those could be used as propellants, though they would require a somewhat different apparatus than we find under a VW’s hood. NASA’s term “storable propellants” evokes the convenience idea, i.e. carry your energy in a bucket, rather than a pressure vessel, or vacuum-jacketed tank, to preserve cryogenic temperatures.

Once our civilization built the enormous, expensive and environment-challenging infrastructure to harvest crude oil, we produce and distribute energy-packed liquid fuels we can pump out of an underground holding facility into our cars’ storage tanks with the assurance it will sit there for months, if necessary, until we’re ready to use it. 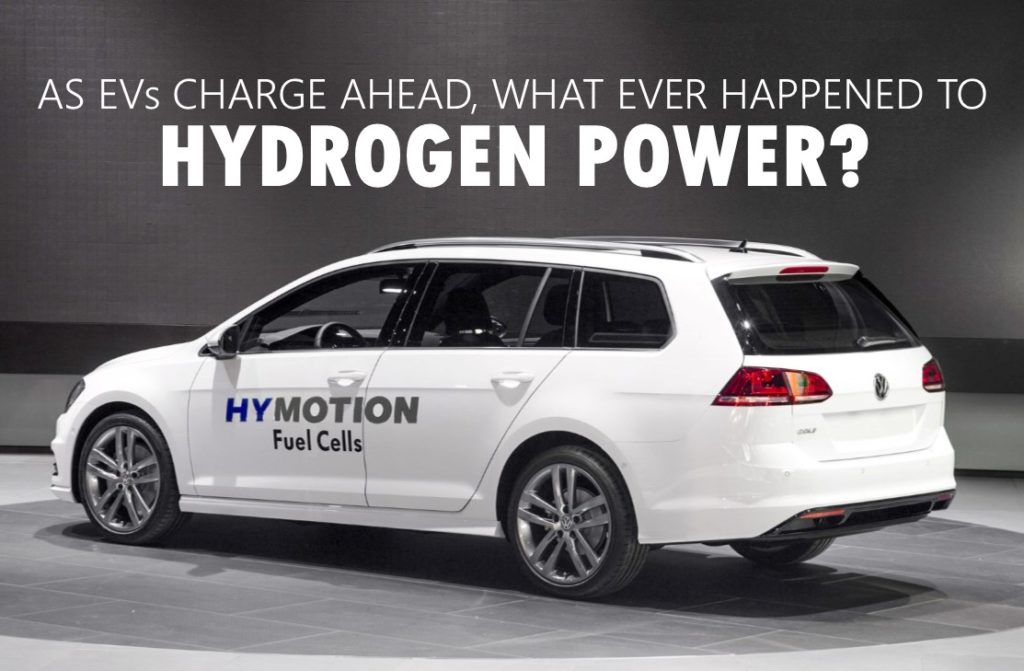 We also have liquid petroleum (LP), offering indefinite storage time if kept under pressure, even on a hot summer day. There are those who power their automobiles with LP and even liquefied natural gas (LNG), because when allowed to evaporate into the intake, the internal combustion engine purrs right along on them. The motor cares not that the fuel storage tank has to be much larger for acceptable range.

Another energy carrier is hydrogen. Nature’s simplest and most abundant element, it is also the least dense. My younger self is standing in front of one of BMW’s liquid hydrogen-powered 7-series sedans similar to those that crossed the US in a demo drive. To increase its energy-density to automobile-practical levels, H2 must also be either highly compressed or liquefied, because as of yet we’ve not put enough effort into devising a practical method to otherwise keep large volumes of the fast-moving atoms contained.

Though that car was parked in front of Munich’s Deutsches Museum nearly 20 years ago, there was still hope that such cars, built on existing internal-combustion engine assembly lines, could enter the marketplace and eliminate greenhouse gas emissions. (Of course, heating air in any combustion chamber produces laughing gas, but that’s not a greenhouse gas.) The bugaboo with LH2 is its storage tank took up much of the trunk, because like LNG, its bang for the cubic foot is a lot less than gasoline. And there’s the problems of LH2 wanting to return to room temperature, as well as its production and distribution.

VW has shown a token number of hydrogen-powered cars using electricity-generating fuel cells. (Anyone remember our Central Florida club hosting “2001: A VW Odyssey” across from the Kennedy Space Center? VWoA ignored my pleas to bring the Bora HyMotion car to the convention, in spite of nearby fill-up facilities.) I still have the February 2001 press release explaining that the Bora’s 50 liters of LH2 fuel is the equivalent of 12 liters of gasoline. This line of public relations waxed and waned over the years. The photo on the previous page shows one of the last token efforts, a 2014 Golf SportWagen and its fuel cell, shown at the Los Angeles Auto Show, which also featured a Passat with similar gear. The hydrogen was stored in four carbon fiber tanks at a pressure of 700 bar (10,150 psi) that could be refilled in about three minutes, enabling a driving range of 310 miles.

Both were undergoing testing at the time on streets in California.

Fast-forward to the diesel emissions scandal, in which at least eight current or former VW executives have been charged with various crimes, and the automotive consumer has been convinced that writing software to deceive emissions testing is comparable to Three Mile Island or the Exxon Valdez. (I have yet to see the most creative bureaucrat explain how a vehicle squeezing 50 miles out of a gallon of diesel could possibly be emitting unacceptably higher levels of nitrogen oxide than one wallowing along at 20 mpg, let alone comparing their carbon footprints.)

Nonetheless, as thousands of VW’s former wonder cars sat parked in holding lots, waiting for their emissions software to be rectified, the company needed to reinvent itself to survive. So, are we putting the ultra-clean HyMotion into production finally? Nope.

Jerohn Anderson, product communications specialist for VWoA, told the Autoist he recalls working with the parent company in 2014 on the HyMotion vehicles.

But “the focus of future products has shifted to e-mobility, obviously,” Anderson said in an email. “Electrification is in the forefront, however the development of fuel cell technology has not been abandoned by VW.  There are not any imminent plans or products in the queue, but the tech is still being developed for consideration.”

Last summer VWAG published an exhaustive comparison of hydrogen vs. electric-powered vehicles in a study by Horváth & Partners, an independent, internationally operating management consulting company. The six-month study concluded that hydrogen-powered e-cars are not only more expensive than battery-powered vehicles to purchase, but also more expensive to operate.

In its report of the study, VWAG concluded that fuel cell e-cars have many advantages (range, fast refueling, no heavy battery on board), but one decisive disadvantage: it is comparatively inefficient — both in terms of efficiency and cost — if the H2 is generated by electrolysis. Life-cycle carbon footprints of the two’s entire life cycles were not compared, rather difficult when both the H2 and the charging electricity can be generated in many ways.

So the face of VW’s re-invention is the cute prototype ID. Buzz, seen earlier this year in commercials and print ads.

I have nothing against a battery powered option. I was excited as anyone when VW’s lineup was to include gas, diesel, GTI and e-Golfs. Remember the fellow who brought his electric Beetle to one of our VWCA conventions up north? His handiwork had produced street-savvy transportation from a gaggle of Walmart batteries, a DC motor and controller rigged to what had been the gas pedal.

Practical? Possibly, at least for short trips around the neighborhood. Likewise, the e-Golf makes perfect sense for some customers. Reported Tesla battery-based fires are probably no more frequent than a like number of fossil-fuel cars.

Specialty shops are said to be doing good business converting older VWs to electrics, and even the factory has shown a few. But folks who may be rushing to the showrooms to see the ID. Buzz shown in the commercials will be crestfallen to learn it is not yet in production. Where is our cute, supposedly inexpensive alternative to the pedestrian-looking Tesla Model 3 that they have heard VW promise for “millions, not millionaires?” VW says you’ll have to wait until 2022.

Even if and when affordable, attractive and available, the larger question is, where do I plug it in? VW has promised more billions to join others in building charging stations everywhere, not just in areas where Teslas are found. (Hopefully, common ground for the charging mechanism can be agreed on — it’s anything but standard right now — as our Cliff Leppke found during his recent test.)

However, even after we run extension cords all over the planet, how the required energy is produced will not change. In the short run, these billions of dollars will accomplish nothing more then move the pollution back to the coal-fired, natural gas and nuclear plants that can charge batteries overnight, provided you invest in a home charger. 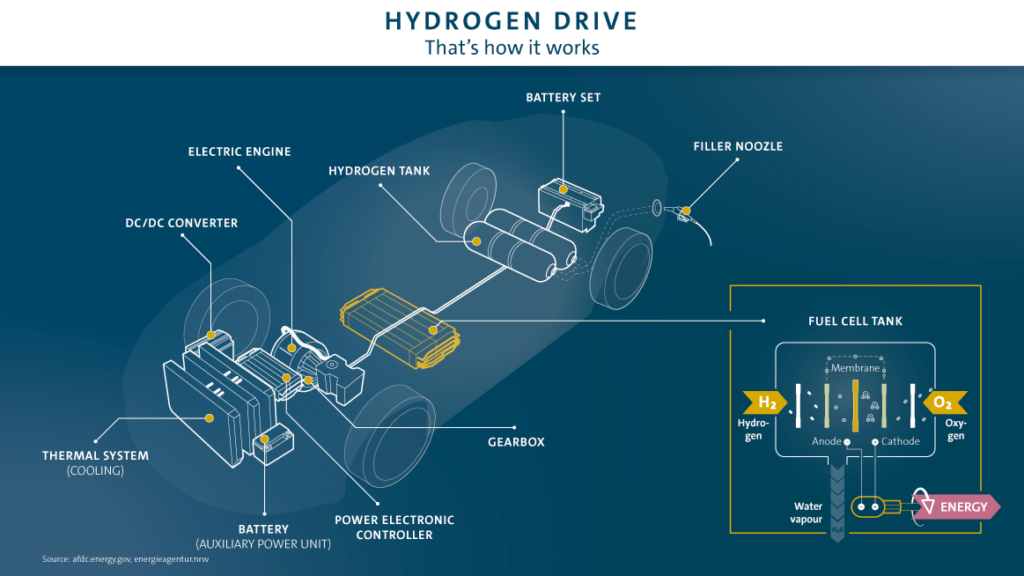 Sure, we can imagine billions more expended for turbines in windy areas and more yet to tie up acreage for solar farms that don’t catch fire. (One of the three towers at a 3,500-acre solar farm in the Mojave Desert associated with NRG Energy caught fire in May, caused by mirrors that did not track the sun properly. Walmart and Amazon have reported fires involving Tesla-produced solar panels.)  We can hope Lockheed will continue to make progress to bring to market its fusion reactor, which would generate electricity by using heat from nuclear fusion reactions.

We can even dream there will be some breakthrough in “high temperature” superconductors that will greatly reduce the power wasted in just getting it from production to consumption — if not disobeying Ohm’s law, then bending it a little. After all that, we’ll feel better that we are not just moving the pollution to a different area. Sadly, even all of that won’t change the reality of battery limitations.

Batteries — chemical storage boxes that can hold a supplied electrical charge until needed — simply cannot offer the energy density to which we have grown accustomed. That’s not just for those affordable lead-acid golf cart batteries, but also the most expensive Panasonic lithium batteries Tesla buys for its packs. The newly announced union of Ford, VW and autonomous-driving software company Argo AI will share electric car technology — but not a breakthrough battery. Nor are batteries ever going to give us the energy density to which we’ve been spoiled, even those in advanced testing under way today.

To explain, we fast-forward to the aircraft industry’s progress in this arena. We have already seen money-is-no-object battery-powered flying taxis in prototype. Yet even along this expensive cutting edge, we see doubts about charging times, long term life (how many full-power charging cycles?), and other worries.

Aerospace is already moving on — because it can. Press release headline: “Hydrogen engine maker Plug Power is acquiring Montreal-based EnergyOr, a manufacturer of ultralight hydrogen fuel cells.” It says that unmanned aerial vehicles powered by EnergyOr fuel cells can extend the duration of their missions “by a factor of two to four times compared with vehicles powered by lithium-ion batteries.” No idle boast. 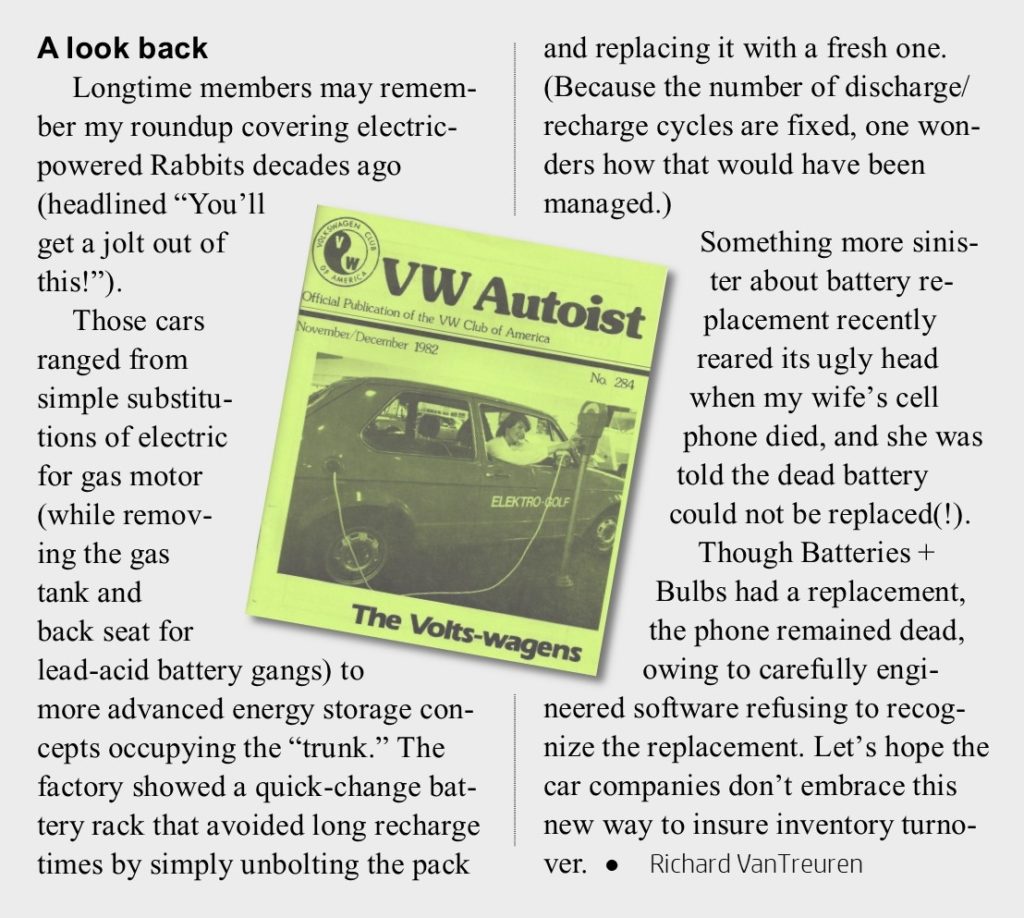 So the circle connects us back to VW’s Bora HyMotion and other zero-emission fuel cell cars that were ready 20 years ago. (And that’s not to mention BMW’s piston and Mazda’s rotary ultra-low emission H2 cars.) What a crying shame. The same billions that will be expended building the battery-support system would have gone a long way toward building the locally based infrastructure needed for completely weaning us off fossil fuels. No more fighting over oil, no more deaths deep in coal mines, high-tension lines wasting power on its way to market, greatly reduced. Hydrogen is everywhere, and extracting it has never been the problem. Storage is the only challenge.

That is why, unlike battery technology, which will be stuck at the investment/performance cutting edge for the foreseeable future, hydrogen’s future is unlimited. Sure, we’ve got a “Manhattan-project” size problem to overcome the H2 storage challenge in mobile applications. However, science has hinted at breakthroughs that just await investment. More than two decades ago, carbon nanotube technology was foreseen as delivering a briefcase-size tank that would power a fuel cell car for a month.

I shudder to think about it. Could we actually have put a scorned bureaucracy’s unwillingness to bend a few tenths per million of laughing gas ahead of a viable chance to begin divorce proceedings from fossil fuels?

If so, the real problem is density between the earbuds, and we deserve everything that happens to us.

LOGGED-IN MEMBERS CAN SEE THE ENTIRE AUTOIST ISSUE BY SELECTING THE AUTOIST ARCHIVE OPTION UNDER THE AUTOIST TAB ABOVE.