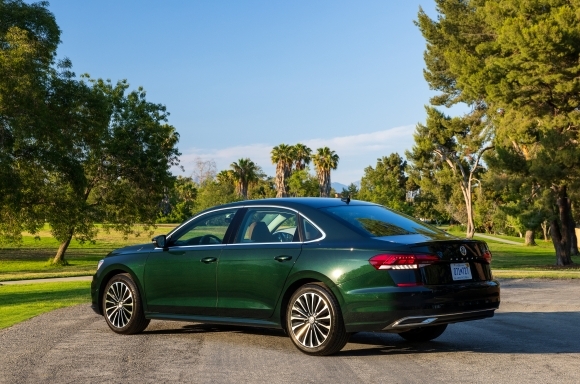 Ten years ago, VW opened its new Chattanooga plant and out came a larger, less expensive midsize Passat sedan.  VW wanted to put that car and its factory on the metaphorical automotive map.

Things changed.  Other automakers introduced sexier rides, while consumer tastes shifted toward SUVs.  VW refreshed the American Passat inside and out, even yanked the original gas five-pot mill and replaced it with a turbo four.  Regardless, VW’s large Atlas SUV, built alongside the U.S. Passat, trumps it in retail sales.

Besides special colors, the comfort sports seats wear numbered tags and cup holder inserts ape Chattanooga’s map lines.  MSRP starts at $31,290.  VW hasn’t said what this figure represents—other a good deal or about $10,000 more than the 2012 Passat’s base price.