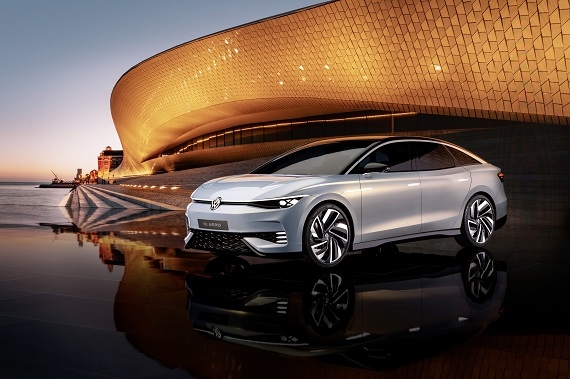 During June, 2022, VW presented its ID. AERO show car in China.  It previews the next member of VW’s electric vehicle family; slated for European and Chinese production next year.

The AERO is, indeed, an aero-slippery mid-size sedan.  With a 77 kWh battery and efficient drive system, the AERO achieves a WLTP range of 385 miles